Sandy was born in Knoxville, Tennessee, on Feb. 15, 1940. He was a husband, father, brother, grandfather and great-grandfather and an Air Force Veteran. His patriotic duty was served overseas in Europe as well as on three combat tours in Vietnam. He and his military partner, “Country,” were among the first and watched as American soldiers arrived.

Sandy loved to fish, boat, golf, hunt, guide hunt and watch old westerns. Sandy will be interred at the VA National Cemetery in Medical Lake. In lieu of flowers, donations can be made to the Spokane VA Care Center. 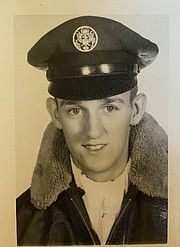