First-year Royal High School teacher and FFA advisor Victoria Ulrey said she was proud of the participants, taking part in the contest for the first time in a while. Given the changing circumstances her FFA students had to deal with, Ulrey said, she believes they adapted really well.

“I’m just proud of them that they still persevered, and studied, and practiced in order to achieve that goal,” she said. “And it’s really a high accomplishment for them, being a first-year team and placing fourth in state.”

Ulrey said the FFA students were pretty disappointed when school was let out initially due to the coronavirus pandemic, fearing the state competitions might not happen. Breathing a sigh of relief once they realized that wasn’t the case, she said, she hosted meetings online so the team could practice together as a group.

Most of the work, Ulrey said, was done by the students on their own through studying different crops, weeds, plant diseases and other relevant source material.

“The contest was online, so I put together a district contest so they could practice,” Ulrey said. “So they got to compete against Moses Lake, Connell and Wilson Creek.”

Facing off against three other top finishers at the state level proved very helpful, Ulrey said.

“Especially in the Columbia Basin area, it’s a really strong contest because most of the kids around here, that’s what they grow up around is all these crops,” Ulrey said. “Now, being able to put that knowledge to the test is really awesome.”

The agronomy contest tests participants on their knowledge and ability to identify different species of crops, weeds, damaging insects, as well as being able to identify potential issues, such as crop diseases and disorders.

A former agronomy contestant in high school herself in Moses Lake, Ulrey said she’s enjoyed being able to share her passion for the subject with the students, encouraging them to push further.

With FFA, Ulrey said, students’ eyes are opened to all of the things that agriculture truly holds.

“They think the traditional, you have to be a farmer in order to do FFA,” she said. “In reality, there’s so many opportunities that can happen, given an agricultural background or being involved in FFA.”

Being surrounded by the bounty of agricultural opportunities in the Columbia Basin is an opportunity not everyone gets, she added. 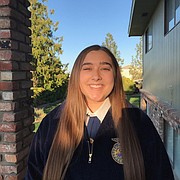 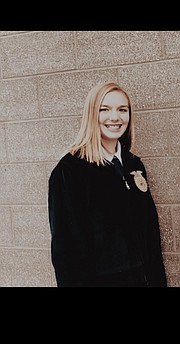 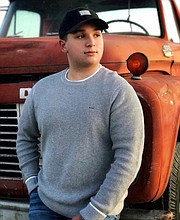